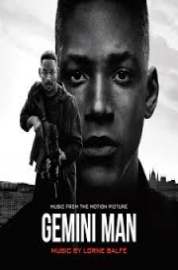 The striking man encounters a younger branch of himself. Director: Ang Lee writers: David Benioff (screenplay), Billy Rai (screenplay) Retired assassin Henry Brogan finds himself in hot pursuit by a mysterious assassin who can predict all his movements. Finding that he is being hunted by a younger branch, Henry needs to understand why he is being targeted and who the creator is.