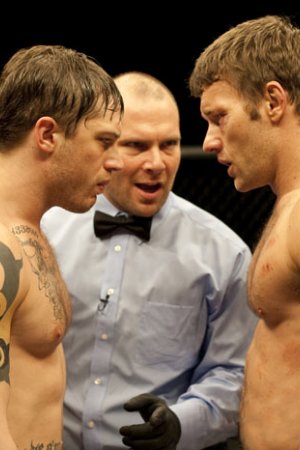 The two companies will partner on the Hindi version of the 2011 sports drama that starred Tom Hardy and Joel Edgerton.

Lionsgate and Endemol India will co-produce a Hindi version of 2011 sports drama Warrior, which starred Tom Hardy and Joel Edgerton.

Lionsgate’s martial arts driven Warrior was directed by Gavin O’Connor and revolved around two estranged brothers and their struggling relationship with each other and their father.

The Hindi remake of Warrior will be the first film to be jointly produced by Lionsgate and Endemol India via its banner Eyedentity Motion Pictures.

While a budget and other details were not disclosed, the companies said that the film will be adapted for Indian audiences and “rewritten for Indian tastes.” They said: “Its focus on contact sports will be integral to the storyline and will position Warrior as one of the few sports dramas made in India.”

The film’s cast is being finalized with the project scheduled to go into production in December.

“Lionsgate is committed to identifying opportunities to produce and deliver motion pictures, television programming and other premium content to one of the largest and fastest-growing markets in the world,” said Lionsgate president of worldwide television and digital distribution Jim Packer.

“Warrior is the kind of locally produced property based on timeless themes that we expect to resonate with mainstream commercial audiences in India. And our partnership with Endemol’s Eyedentity Motion Pictures will bring valuable local expertise to our venture,” added Lionsgate COO of international distribution Andrew Kramer.

“We are pleased to partner with Lionsgate in their initial film venture in India by co-producing Warrior,” said Endemol India CEO Deepak Dhar. “Action-filled and emotionally powerful with themes of forgiveness and the enduring bonds of family, Warrior will be a quality film made with top-of-the-line production values that we believe will strike a responsive chord with Indian audiences.”

The partnership was negotiated by Rohit Tiwari at Morris St. Advisors, Lionsgate’s agents in India.

Over the years, Endemol India has produced local versions of major international TV properties, including Big Brother and Fear Factor, among other original shows. Endemol India’s forays into film include the upcoming south Indian-language remakes of hit Hindi thriller Kahaani.